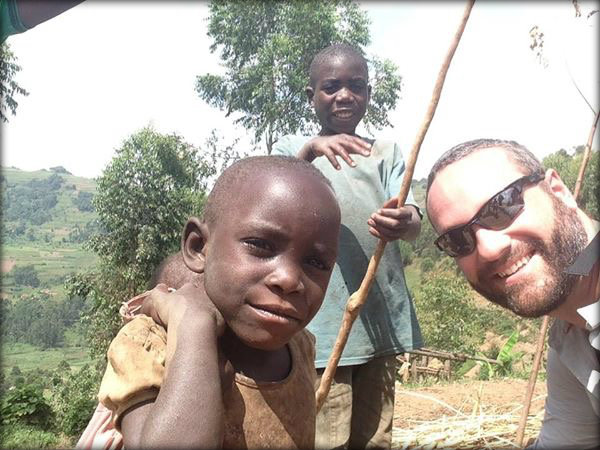 Appreciate What You Have

Happiness is appreciation for what you have

An awakening of appreciation-

I had been deployed to the frigid north of Europe in the straights of Denmark, exposed to a freezing environment that left me hypothermic and wishing I had water in liquid form. Immediately after this experience I was in Western Africa, reinforcing an embassy. I distinctly remember only having water to drink that was so hot you would hesitate taking a shower with it. During my two years without so much as a return home to the United States, I had the chance to see how the vast majority of the rest of the world lived. The harsh reality, that as miserable as my experiences seemed at times, those experiences 1) paled in comparison to how harsh the reality was for the people who lived that as their life, and 2) my experience was temporary… I eventually would go home to a drastically different lifestyle.

An 8-hour international flight that changed my life-

I will remember this flight until the day that I die, because it’s a pivotal moment in my development in many ways. I hadn’t been home to the United States for about 2 years. As I sat there both pondering my many experiences over the past few years, and day dreaming about what I was going to do with my 30 days of leave back home, I was experiencing extreme pleasure from seemingly simple things. I was flying 20,000 feet in the air, in a 72 degree pressurized cabin, eating peanuts, being served champagne by a delightfully attractive and personable flight attendant, listening to my portable CD player, and flipping through the wonders of the Skymall magazine… Heck, people probably wouldn’t even be shooting at us or dropping mortars on the airport when we got to where we were going. Life was great!… Except, I kept hearing a woman a few rows behind me and to the left becoming increasingly agitated. I listened in the best I could, because I simply couldn’t understand what she might be upset about in this utopia of a flying lounge. “… I don’t understand, how is it possible that an airline in the modern world would not have enough blankets and pillows for every passenger?!” Was this woman serious? Could this actually be her complaint? I listened further. “Ma’am, I’m sorry, but we are 2 hours into the flight and they are all spoken for. Can I offer you a free beverage or meal?” The flight attendant offered as a peace treaty to the increasingly irate passenger. “No… I don’t want anything from this airline again, in fact I’m going to write a terrible review to let everyone know about this, this is terrible, I can’t believe you would allow people to freeze on an airplane!” I was annoyed to say the least… I felt my blood boil as I had some internal conversations with her in my head… I had some choice words for her. Who was this woman who was making such a minor thing out to be the end of the world? My moment came, I was going to turn around and confront her and give her a piece of my mind and some of MY experiences to point out the ridiculousness of her complaints. Then it dawned on me. She was really upset…  because in her reality this, being blanket-less on an airplane, was one of the worst experiences of her life. I chuckled to myself for a minute, shaking my head. If she only knew how good she has it… If she only knew…

Appreciation for the little things-

I’ve come to realize that happiness is often as simple as an appreciation for ice cubes in a glass of water, or a warm fireplace on a cold winter’s day. To this day I look outside on a snowstorm day, stand in front of a fire, or put an extra blanket on and remember those hypothermia days with no end in sight. And nearly every time I drink a glass of cold water on a hot summer’s day, I think of that boiling hot tarmac water, and boy, don’t I appreciate those ice cubes. I’ve been out of the Marine Corps for 11 years this summer, but that appreciation for the little things in life has stuck with me no matter how cushy my civilian life gets.

Happiness and appreciation in your life is often an exercise in relativity. “You don’t know what you got ‘til it’s gone”. We live such an amazing life in the United States that we can’t even begin to understand the realities of 80% of the rest of the world, no matter how many Sally Struthers commercials we watch. Studies have shown that financially, the happiness plateau, is about $70,000 a year for earnings in the United States. Meaning, once you make that amount, you likely will not see a self-reported increase in your happiness regardless of how much more you earn. AND we are reportedly some of the LEAST happy people in the world! How is this possible? I would argue that for myself, and probably most people, we don’t have anything to compare it to that is real and tangible. We gain no real appreciation for what we have by watching Netflix documentaries on how bad other people have it. We have to experience something in order to internalize it. We have to make connections with people who have nothing so we can see that they are no different than us, just merely victims of circumstance and fortune.

Gain your own appreciation with the experience of a lifetime!

Northwoods is proud to offer our Intensive Perspective Program. 21 days of immersion in Africa. Students receive a guided tour of some of the poorest areas of Nairobi, Kenya, where they work alongside individuals doing what they can medically, socially, and economically to improve the lives of people in extreme poverty and despair, with no end in sight. They live in very simple housing, eat simple meals, and are immersed 24 hours a day in the realities of this living situation, all while being counseled by Northwoods staff who work alongside them. Students who partake in this experience gain an understanding and appreciation few Americans can ever understand. They see the rugged landscape and culture of Eastern Africa, build bonds they never knew they could form, and gain character and understanding, the likes of which they will never forget. For more information click here.