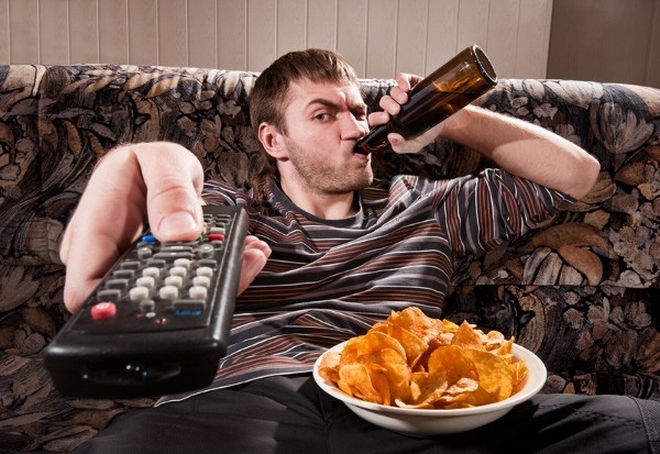 How do we measure “Unhealthy”?

In nearly all aspects of what we do I am officially and unofficially measuring whether or not a behavior is healthy or unhealthy before a meaningful plan can be put into place to change that behavior.

I am a fan of measuring “normal” in a way that compares all individuals of a culture to that of the whole. If you have every taken a statistics class, you are familiar with a “bell curve,” otherwise known as normal distribution. The idea is that if you quantitatively measure most anything across a large enough quantity, you find that the vast majority (68% or so) fall within a very small margin of error, or are so similar it is difficult to measure a difference. Take IQ scores for example. In the United States 68% of people tested fall within a score of 85 and 115. In day to day contact with these people, when not under scrutiny for measurements, you would likely find these people to be roughly the same in intelligence as it relates to normal, day to day interactions. However, if measured with an intelligence test it would be revealed that the ability to do well would vary.

Further from the “average” you find roughly 2% of people with a 55-70 IQ, and 130-145 IQ. These people fall into the mental retardation and gifted categories. So what about that final 1% that is now not accounted for? Well, they fall into the “outliers” category, think the Albert Einstein and rare individuals with a sub 50 IQ. They are extremely rare statistically, but do exist.

So all this is great when we are talking about something that can be measured quantitatively quite easily like IQ scores, but what about everything else as it relates to psychology and sociology? Well, first it’s important to note that there are many tools that exist to measure things in a quantitative way, but secondly, I would point out that after many years working in a field, you get a certain “feel” for things and are able to identify where someone is on this bell curve without officially testing them.

Let’s take the different types of intelligences for example. I will refer you to our blog on the topic and you will see that there are quite a few different types of intelligence. Although I have not once measured someone’s social intelligence that I can think of, I make note of where on this spectrum someone is with nearly every person I work with. Why? 1) I think social intelligence is important in nearly every career field to some extent (some more than others) and 2) It is a subjective observation I can make to illustrate to someone having difficulty, and help identify in themselves and offer suggestions on how to improve upon this area and other areas. In the years of doing this, I have made the observation that the vast majority of people believe they fall into the “average” category (both good and bad) and need evidence to the contrary in order to identify something they need to work on, and build confidence in themselves.

A conversation from this previous week allowed an opportunity for me to use the bell curve to illustrate to someone how healthy or unhealthy relates to the realities of someone’s life. We were having a discussion about Introversion vs. Extroversion. I always like someone to rate themselves on how much they seek external stimulus and how much they can stimulate themselves, or choose to. This young man stated that he felt he was “normal” and that although he didn’t mind hanging around other people for stimulation, he enjoyed mostly playing video games and reading etc. The evidence to the contrary was profound to all those in his life in that those things were ALL he did, and appeared to be avoidant of interaction with peers altogether. When confronted with this evidence he was able to see that it was becoming unhealthy in his life and willing to accept alternatives to his lifestyle with the intention of improving it. If you imagine the bell curve, it’s important to see that there are extreme extroverts who become depressed if they are left alone and expected to entertain themselves, and on the other end there are “shut-ins” that have no desire for social interaction. Both are unhealthy when they are too far away from the “average”. To function normally in our culture, it is important to be capable and willing to do both. Right or wrong, that is simply the truth.

Can you identify an area of your life that is a little too far from the “average” and could be improved upon? I challenge myself to do it almost every day, sometimes that leads to a pat on the back because I’m not giving myself enough credit in an area, and other times it results in me identifying an area I need to improve upon and challenge myself to do so.