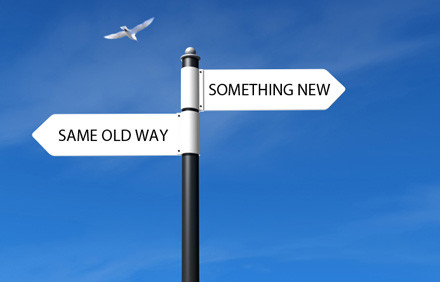 Why transitioning is often the most important step

First a brief explanation of the stages of recovery we often refer to when talking about long-term change. This applies to all addictions as well as general behavior changes.

Pre-contemplation stage: A person does not yet believe they have a problem, or they see their behavior as benign.

Contemplation stage: A person in this stage is willing to admit they have a problem and is somewhat open to receiving help, but may not accept all help offered, or are not ready to commit to an action plan that will lead to likely change.

Preparation stage: A person accepts or does not accept certain interventions, often needs to prove to themselves that they cannot make the change themselves, or that trying to do it themselves will be extremely difficult. The beginnings of developing a long term plan to solve their problem begins here.

Action stage: A person is ready to implement their problem head-on, at this point is ready to try new interventions and behaviors in order to effect long-term change. This includes psychoeducation, coping skills, distraction techniques, cognitive behavioral therapy etc.

Most students Northwoods enrolls are generally in this stage.

Maintenance stage: A person has achieved the maintenance stage once they have developed a plan for long-term success for the issue they are working on, such as a sobriety plan for those working on substance use. This involves having maintained the action stage for anywhere from 3-6 months, depending on the individual and what sources you reference.

The maintenance stage is often where most people struggle, its not hard to see why when you think about it. Having learned skills is one thing, implementing your action plan in the real world is another.

The National Institute on Drug Abuse (NIDA) reports that the relapse rate for drug addiction is 40 to 60 percent. It recommends a treatment program that begins with medical detoxification followed by behavioral therapy and relapse prevention.

Northwoods Ranch & Retreat created a transitional program specifically to target this startling statistic as it relates to substance abuse, and observationally nearly all other behavior changes.

We hear time and time again, from students from all walks of life, struggling with all sorts of issues, “I cant just go back to where I was, I’ll fall back into all my old ways”. Not only does the geographic location have a lot to do with making long-term change, but having a support network there to keep you on the right track, and healthy peers to encourage positive behavior proves to embolden positive attitude, and ultimately lead to a higher likelihood of long-term success.

A former Northwoods student said the following about changing his environment and why he believes its important. He decided after several attempts at sobriety, to leave his home state altogether, and now resides in Maine.

“…it was in the rooms of Alcoholics Anonymous that I received some valuable advice that I have hung on to for years. Sayings like ‘If nothing changes then nothing changes’ and ‘change people, places and things first’ have very solid logic behind them.”

“If the only thing that happens in a recovery effort is the substance of choice being removed, then the individual is very unlikely to be successful at achieving long term sobriety. In a situation such as this, an addict/alcoholic still has the same friends (who may or may not use substances or enable the addict), lives in the same geographical location in which the habit was formed and in which the addict’s substance of choice is easily accessible. And the addict still goes to the same hangouts for entertainment purposes at which substance use was most likely a regular occurrence in the past. Under these conditions the environment is in no way conducive to sobriety and recovery.”