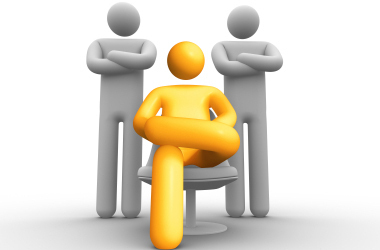 4 Reasons Entitlement Ensures Failing at Everything

I had to look back in our blog and double-check. I can’t believe I haven’t blogged about entitlement! It’s probably in our top 5 list of unhelpful thinking habits that we help people address and ideally overcome. Why is it in the top 5? It’s simple, it’s incredibly destructive to one’s ability to succeed at every aspect of life.

So what is entitlement? For the purposes of this conversation we will consider it to be “a belief that one is inherently deserving of privileges or special treatment.” It is essentially a belief in a “right” to something.

4 main areas that an entitled person experiences repeated failure and why:

“It’s your job as a parent to set me up for success, not paying for my school and housing is as good as abandoning me.” I heard this come out of the mouth of a student a few years back and immediately identified that this young man’s belief that his parents owed him something was greatly damaging his relationship with his parents. Not only that, but it was clear that he was unable to move forward with his own life because he was so hung-up on being angry about his parents not continuing to support him financially well into adulthood. This was SIGNIFICANTLY impacting his ability to problem solve in his current situation and develop a reasonable plan to move forward. Being angry at what your parents DIDN’T provide instead of what they DID for 24 years is probably a bad place to start in having any sort of adult relationship with your parents. It’s also sapping away all your mental energy that could be better used at improving your situation.

“It’s such a corrupt business, the managers and owners are never there. They treat their employees like slaves, have them do everything, and get paid more than all of us combined.” Obviously, this statement has a lot of problems with it, including the perception that when work doesn’t happen in front of you it automatically means that someone isn’t working. I heard a student say this a few years ago about a big company they had just started working for. One of the bigger problems with this young man’s thoughts around this place of employment was his belief that because of his prior experience he was entitled to a more elevated position within the company. Of course, the problem with this thought process, is that instead of being grateful at an OPPORTUNITY provided to him by a big company, he was focused on what should have been GIVEN to him immediately. Instead of his focus being on adapting to the hierarchy which employed him, he focused his efforts on being angry about its nuisances.

“They should give me my diploma because I passed the tests. It shouldn’t matter that I missed half the classes. The attendance policy is stupid. I paid for the classes so why does it matter?” This emphasizes entitlement with the belief that only some rules apply to you. Additionally, the entitlement in this statement is twofold in the sense that this young man DIDN’T pay for his classes… his parents did! And they weren’t very happy when they found out their son had failed an expensive college semester because he felt that some of the rules didn’t apply to him. I can’t even tell you how many times I have made the statement, “You need to do what it takes to get that piece of paper. It doesn’t matter how smart you think you are, or how right you are, the diploma is what validates to the world that you are competent. So get off your soap box and do what it takes to pass.” An ability to recognize that your opinion doesn’t matter to most systems from which you are seeking something from, particularly something like a college diploma or licensing exam, is an important step to being successful. If this recognition is hijacked by an overwhelming feeling of entitlement, then chances are you will be without a degree.

“I did X, Y and Z for her, so I can’t understand why she couldn’t do the same for me. All I asked was for her to do this one thing for me.” What he was referring to was an expectation that because he did several favors for her in an attempt to be nice to her, that she would clean the house because he hated doing the domestic chores. Anyone ever fall into this trap before? Yup… We have all done something like this in our minds more than once. We have all had an expectation for reciprocity for something that we have done. Its entitlement at its finest. Sure, quid pro quo is a healthy feature in a relationship, but the EXPECTATION of it is a slippery slope to relationship problems, and pretty quickly defeats the purpose of doing something nice for someone. The test is, if you are doing something with the expectation of a return on your deed, and get disappointed if it doesn’t come to fruition, then chances are you are taking that person for granted and your relationship has some dangerous entitled beliefs embedded in it.

So what do we do about entitlement? Like many problems the first step is identifying it. I have come to find that the term “entitlement” carries with it a stigma that many people find off-putting and difficult to accept. However, I have found that many people don’t realize how entitled they are until you point it out to them. Tactful conversations that address the problem directly, identify their unhealthy thinking, and minimize offending the person or making them defensive, are exactly what is needed in order to start solving these problems.

Do you have experience with entitlement yourself or in your personal life? Leave a comment below.