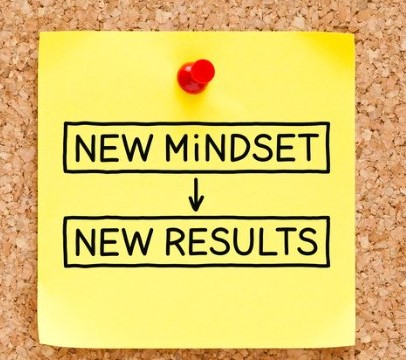 The importance of Grit

Failure lies in your inability to get back up. Do you have what it takes?

“We can make the best plan for your life, career, sobriety, relationships, or education imaginable… We can even frame it like a piece of art and hang it on the wall… It doesn’t mean a damn thing if you don’t believe in it, it’s not YOUR plan, and you don’t  have the drive to see it through every day, especially when its not easy to do so.” (Rory McLaughlin, CEO)

If you have spent any time around me when I am working with clients, you have probably heard me say some version of this… Probably three or four times if we are being realistic. So why do I sound like a skipping record making this statement to clients regardless of their struggles? Because as Angela Lee Duckworth points out in this video, GRIT is seemingly the only thing that sees you through tough stuff, and difficult challenges.

I can’t tell you the number of students and clients I have served that have some of the highest IQ scores I have ever seen… Truly… Yet they struggle to accomplish seemingly simple tasks. Although they all have different stories and backgrounds, they often struggle because of their lack of determination, follow-thru, confidence, perseverance, and drive…. In short, grit.

As stated in the presentation, we don’t yet have great evidence proving methods that develop grit. However, we do have methods that yield a good work ethic, and as far as I’m concerned, thats close enough.

Proving things for yourself is seemingly the biggest challenge for folks who lack grit and confidence, the two things go hand in hand in nearly every aspect of their lives. Our platform for experiential learning often develops a good work ethic/grit. Have you ever had a seemingly grandiose project in mind and for whatever reason wanted to tackle it yourself rather than having someone else do it? How about were put into a position at work where you were expected to do something that you saw above your own abilities? For me, whether it was choosing the challenge myself, or having it thrust on me in a sink or swim scenario proved to be developmental milestones in my innate belief in my ability to persevere through almost any scenario I can fathom; in fact, I have learned to embrace the challenge and the idea of doing something that is hard.

– This is crazy-hard and way out of my league… I’m gonna do it anyway.

I was scared to death when I went into the Marine Corps… That kind of nervousness they call “butterflies in your stomach” but really feels more like that flu you get a couple times in your life where you don’t know which apparatus in the bathroom to maintain focus on, the trashcan or toilet… That kind of nervousness. Was I afraid of the physical component? Sure… I could barely pass the physical fitness test BEFORE being brutalized by men in “smokey-bear” covers and perfectly polished shoes for months on end. Was I afraid of the mental component? Yup… I had seen enough and heard enough about the infamous Marine Recruit Depot Paris Island to know I was going to be tested to the fullest and pushed to the brink. What I wasn’t realizing at the age of 18 however, was that what I was really scared to death of more than any of that, and possibly even death itself, was shame…. Defeat…. Not being good enough…. Failure. What kept me going at times when I was being eaten alive by sand fleas standing perfectly still at the position of attention in an exercise of discipline in that terrible, terrible swamp they call an island, was the FEAR of failure. I just couldn’t imagine going back home and having to admit to my friends and family that I couldn’t make it. Had I quit at anything and ultimately washed-out, I don’t know that I would have the confidence I have today in nearly everything I do.

I graduated. I was handed our coveted symbol, the eagle, globe, and anchor by those who came before me… I stood tall and knew I had earned every speck of that blackened bronze symbol in my hand…. More importantly, I proved to myself that I had the ability to see pretty much anything thru to the finish, no matter how hard… Building blocks for any educational, intellectual, physical, or vocational venture I pursued from that year forward.

… Flash forward to my first years of college… End of my first semester… A, C, B, C-… “My God… I worked as hard as I could and got a C- in that probability and statistics class… Is college even for me?” I said to myself staring at a dismal end of semester… A long story short, I graduated summa cum-laude with two degrees when I set out for one before later deciding to go to grad-school… My proof to myself that I could overcome challenges and not let them defeat me is what I believe to be the only reason I went on after that semester, and ultimately am where I am in life today.

If its worth setting out to achieve, its worth seeing thru and achieving… Get through the tough moments, they are followed by easier moments… The more tough moments you have behind you, the easier the upcoming tough moments seem and are… If its tough AND you don’t WANT to do it, that probably means its more important than you know to grind through… “Snowball effects” are real and either your best friend, or your worst enemy, make them your best friend by making them perpetual successes… If you get knocked down, wipe the blood, sweat, and tears, from your face, shake off your bruised ego, and stand up… Living a life of wallowing in your own shame, failures, defeats, and fears is no way to live… So get back up and face those things… Crush them with every ounce of your being… Where there is a will to succeed there is a WAY to succeed… Don’t lose your will… Work today, and every day… Towards having GRIT.